A project of Hillcrest Jewish Center

Behar-Bechukotai: The Shofar and Yom Kippur 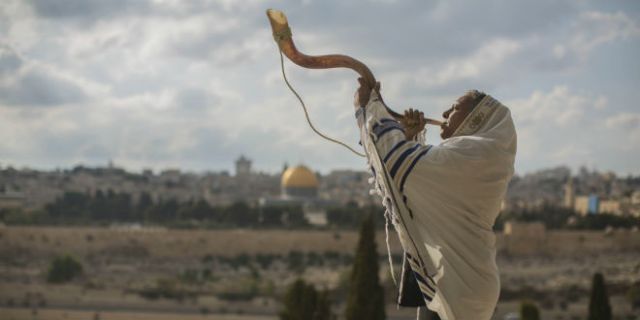 The beginning of the Jubilee year, every fifty years, was marked by the blowing of a Shofar all across the land of Israel (Lev. 25:9). The Shofar was sounded “as an expression of joy over the liberation of the slaves and the restoration of lands whose sale had been forced by economic necessity to its original owners or their heirs.” (Sforno ad. Loc). This shofar was called: “שופר חירותא – trumpet of liberty” (Targum Pseudo-Jonhathan ad. Loc.). But exactly when was the Shofar blown? [I changed word order in previous sentence to go the way English speakers say it.]Not the first day of the year, but the 10th day of the seventh month… on Yom Kippur!

Why was this day out of all other days chosen as the starting point of the Jubilee year? From a biblical and scholarly point of view I’m not sure but from a spiritual perspective for our own era I do. According to some rabbis this is the reason why we still blow the Shofar at the end of Yom Kippur (Levush, Orach Chaim 623:5.). But I think there is something else. Even though the Jubilee year is not observed anymore,each Yom Kippur could be for us like a Jubilee year in miniature. Yom Kippur is a gift given by God to free and restore ourselves.

Yom Kippur is the moment each year that we are reminded we can become free again, that we shouldn’t be bound to the mistakes of the past,that we are now free again.

Yom Kippur is the moment each year that we have the possibility to restore ourselves, to go back to the basics, to return to the place that we once were.

Think about this when, in little more than four months, you hear the Shofar at the end of Yom Kippur.

This is a text widget, which allows you to add text or HTML to your sidebar. You can use them to display text, links, images, HTML, or a combination of these. Edit them in the Widget section of the Customizer.